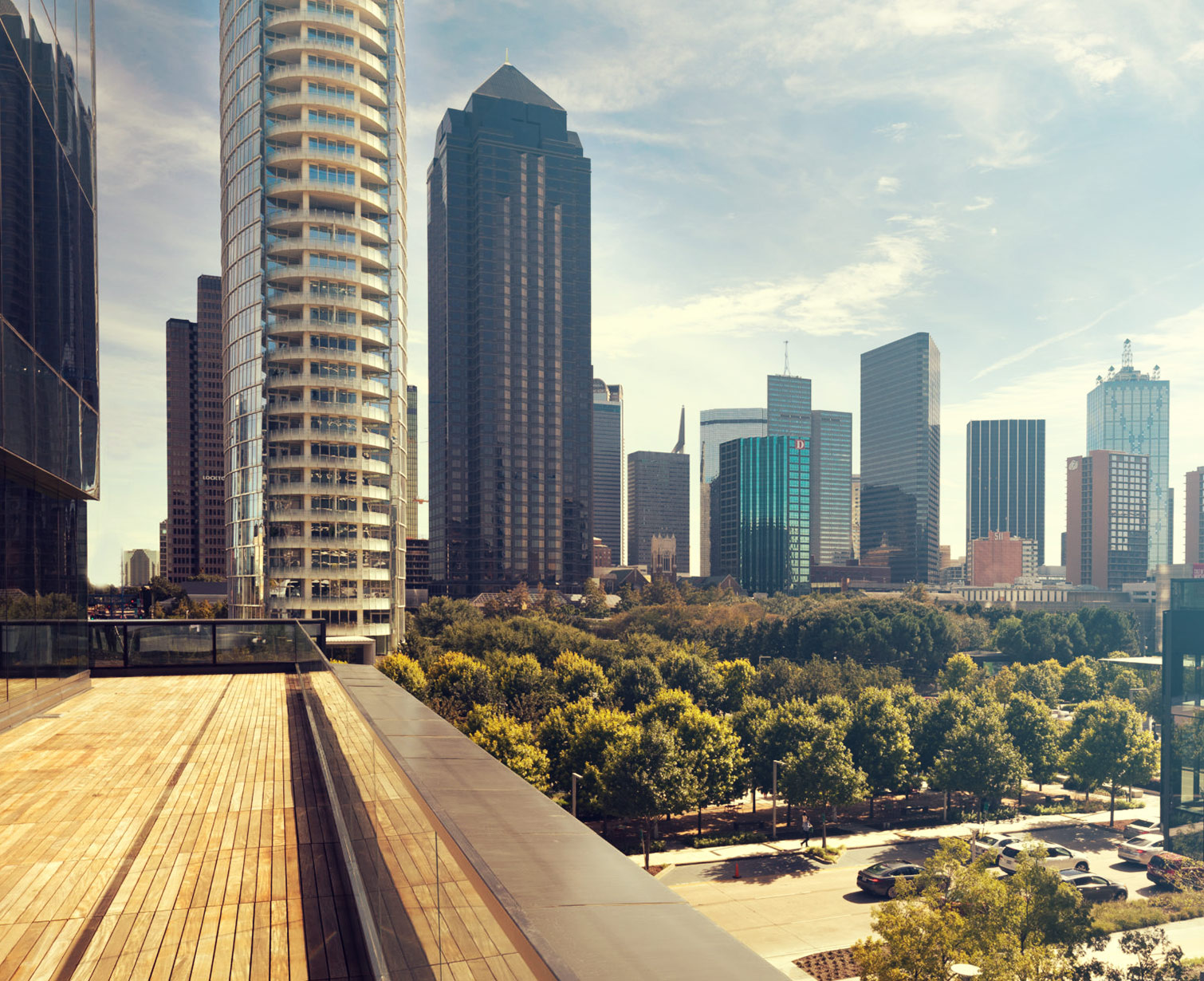 11 reasons businesses are flocking to Dallas-Fort Worth

With more than 7.4 million people, the fourth-largest metro area in the United States and an incredibly diverse economy, Dallas, TX is a place that distills the "everything is bigger in Texas" philosophy.

That, in part, is why we're thrilled to open our inaugural Hana location in Dallas, a city as renowned for its sports teams as its business bona fides.

Here are 11 key reasons the Dallas-Fort Worth (DFW) area stands out as a great place to do business — and a little insight into why we're so excited to open our first flexible workspace location in Uptown Dallas.

According to the U.S. News & World Report, the Dallas-Fort Worth area “gained more new residents in 2018 than any other metro in the nation,” adding almost 132,000 people over the course of 12 months.

That’s a 1.8% year-over-year population increase — and it’s not the first year Dallas has topped the list. Approximately one-third of the metro areas current residents have moved to Dallas since 2010 and it added the single largest number of residents of any U.S. city between 2010 and 2016.

This population growth isn’t just because of the mild winters Dallas, TX offers. It’s because of the economic opportunities and number of jobs it has for professionals.

In 2017 and 2018, Forbes listed Dallas as the number one U.S. city for jobs, noting “Dallas has logged double-digit percentage job growth since 2012 in almost every major economic sector we measured, from information to construction, energy, finance and professional business services.”

To put its job market in perspective, Dallas added a jaw-dropping 773,000 new jobs between 2010 and 2018. And instead of slowing down, the rate of job growth has been increasing. The Texas Labor Commission found more than half a million jobs were added between July 2013 and July 2018 with all signs trending up.

3. And the Top U.S. Metro Area for Talent Attraction

All those jobs, unsurprisingly, make the Dallas metro area a top contender for talent attraction. According to the labor market analytics firm EMSI, Dallas is high on the list for places attracting new college graduates into the labor force. Collin County, in particular, which holds pieces of the Dallas metro area, ranked number four in the nation in 2018 for talent attraction.

This, in part, is owed to the fact Dallas has 15 major universities with a total of 370,899 students enrolled. With more than 45,000 graduates each year, these universities offer a steady talent pool of new job seekers and reinforce Dallas’ appeal to business leaders.

From American Airlines (#71) to Bank of American (#24) to Exxon Mobil (#3) to AT&T (#9), a big number of Fortune 500 — and Fortune 1000 companies — call the DFW area home. This extends beyond the city center and out into the wider DFW metro area locales of Irving, McKinney and Grapevine, North Dallas and Southlake.

According to the Dallas Chamber, the “Dallas Region continues to draw Fortune and Global 500 headquarters through the growth and expansion of local companies as well as the relocations of headquarters operations.” So far in 2019, this has proved to be true with a number of companies leaving the San Francisco Bay Area and relocating to the DFW metro area.

Accounting for about one-third of Texas’ $1.6 trillion economy, the DFW economy is incredibly diverse with everything from “major financial institutions to international law firms,” according to CBRE.

Part of this comes down to the fact it's home to an abundance of Fortune 1000 companies. But another part comes down to its position as an infrastructure and shipping hub. The DFW metro area is one of the “top-ranked container ports in the U.S., coordinating 3,000 trucks and 16 intermodal trains a day,” with a significant amount of e-commerce shipments starting from — or going through — Dallas on the way to their destination.

The labor force also runs the gamut across industries with sizable workforce participation in everything from healthcare to finance to architecture and engineering.

While Austin, Texas might be better known for its tech industry, DFW also has a sizable high-tech presence with the seventh largest concentration of tech-related employees in the U.S.

According to the Dallas News, DFW has the “’largest tech labor force in the South’” with a particular emphasis on IT-related jobs.

With all this activity, Dallas also had the fourth busiest airport in the US with the Dallas-Fort Worth International Airport seeing more than 660,000 flights cross its runways in 2018 alone. The other big Dallas-area airport, Love Field, had 231,000-plus flights in 2018, according to NBC.

In total, 82.8 million annual passengers pass through the DFW and Love Field airports each year. These airports aren’t just shipping passengers either. Collectively, they move some 911,500-plus tons of cargo a year as well. Taken together, DFW Airport claims to affect some $37 billion in economic output.

Migration is also bigger in Dallas. The city ranked as the number one metropolitan area people moved to in 2018. According to Bloomberg, Dallas saw “the greatest beneficiary of … domestic migration, adding nearly 59,000 domestic movers in 2017.”

In 2017 alone, Dallas added an average of 246-plus residents a day. That number might seem high — but it’s actually declined a bit. Previous estimates in CBRE research pegged daily average migration totals to the wider Dallas-Fort Worth area topping 400+ people.

All of this population and economic growth mean Dallas also has an appealing real estate market for commercial and residential developers. A 2019 report from PricewaterhouseCoopers and the Urban Land Institute, in fact, established Dallas as the “number one market for overall real estate prospects,” according to Biz Journals.

CBRE reports that 3.9 million square feet of new office space alone is being constructed in 2019 in the wider DFW metro area. The area is also seeing an uptick in mixed-use properties that feature everything from retail to dining and coworking spaces, as developers seek to convert former retail locations into more appealing options for the current day.

11. It Comes Down to a Texas-Sized Quality of Life

All of the business boons, economic successes and people moving to Dallas underscore a central point: Dallas has an incredibly vibrant quality of life with everything from iconic sports teams to world-class dining options.

Here are some highlights:

At Hana, we’re building premium flexible office spaces to give you everything you need to work your way. Learn more today. Want fast facts about business in Dallas in an infographic? Noted. Download the infographic by clicking the button below.

A survey of 1,000+ office workers shows the workplace environments, amenities, services and technology top talent wants — and how to deliver.
More Insights
Dallas 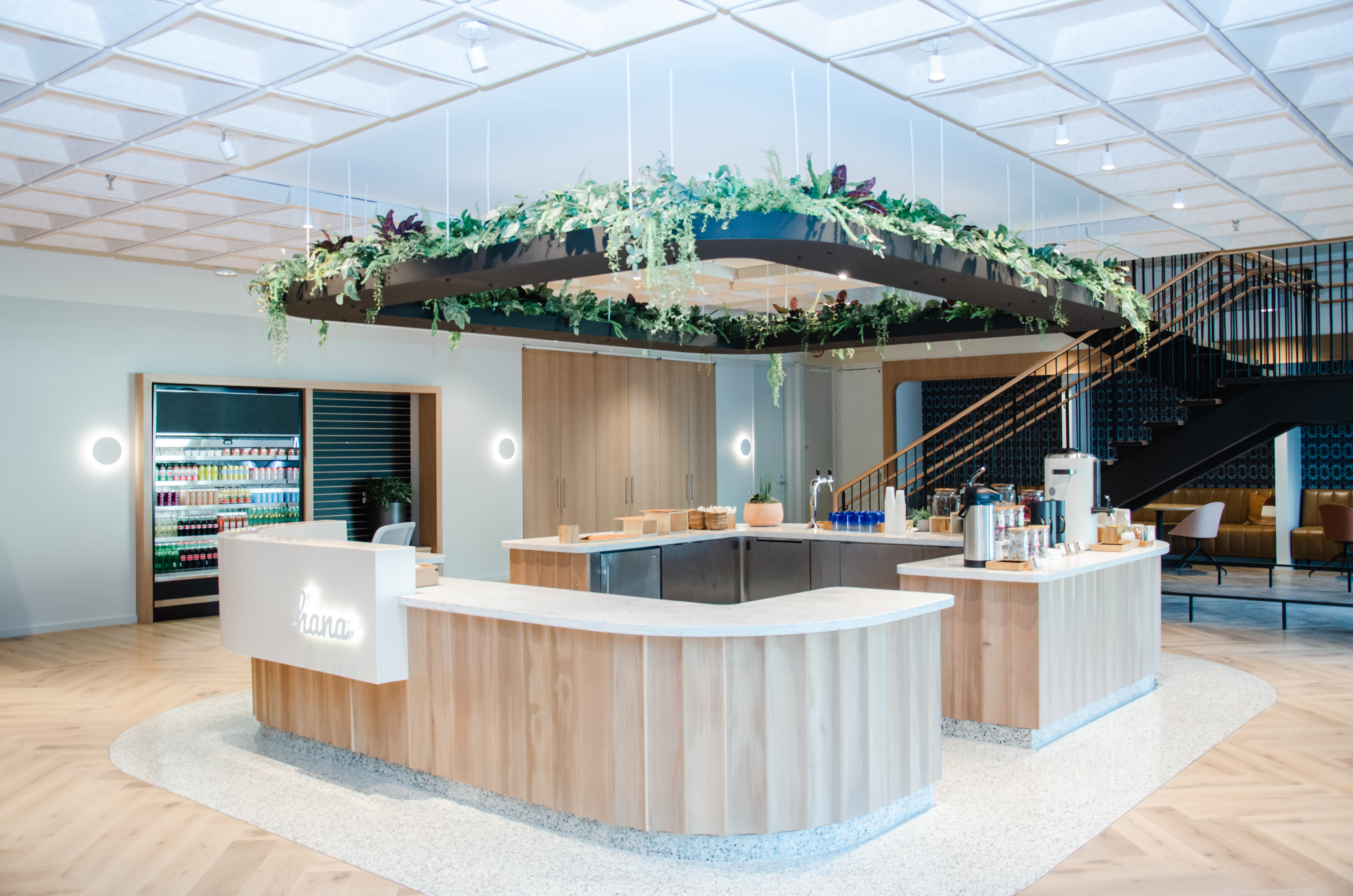